This is Toyota’s new GR Yaris.

Powered by a new 192kW/360Nm three-cylinder turbocharged engine, the GR Yaris was created with input from Toyota Gazoo Racing and Tommi Makinen Racing, Toyota’s partner in the WRC.

Toyota says that as well as serving as the official homologation model for development of the next Yaris WRC car, GR Yaris also has all the attributes required for owners looking to compete successfully in local rally competitions.

The GR Yaris, scheduled for an Australian arrival late this year, is positioned at the top of the new-generation Yaris range that will launch locally within five months. It has a lower, wider, three-door body, 18-inch wheels, extended wheel arches, an imposing front air intake, specially designed brakes with red callipers, and twin exhaust tips. 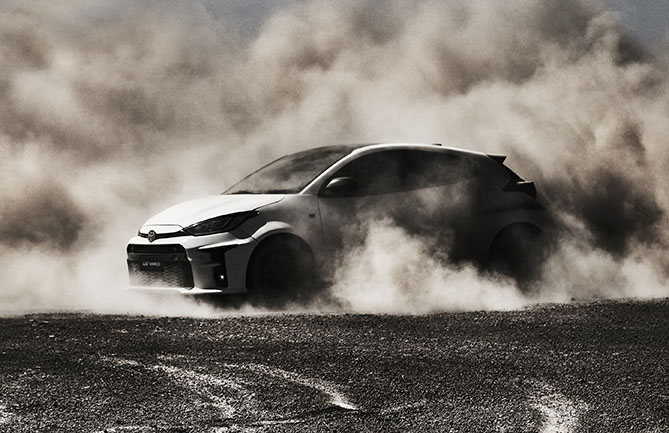 “The GR Yaris is an exciting well-rounded vehicle that exemplifies Toyota’s commitment to producing ever-better cars, offering compelling performance that will appeal to a broad range of enthusiasts,” said Sean Hanley, Toyota Australia Vice President Sales and Marketing. “It is a rally car for the road that pushes vehicle performance to the limit and will enhance the image of the Toyota and Yaris brands.”

Toyota says the WRC-skilled team of designers and engineers at Tommi Makinen Racing focused on perfecting the aerodynamics, weight distribution and light weight of the new car. 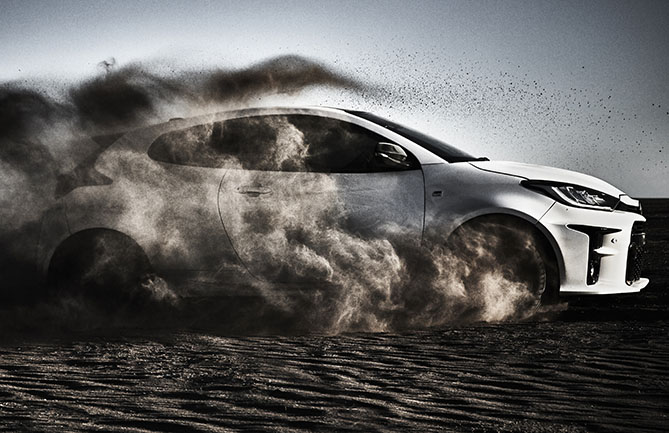 The body shell is constructed predominantly from light-weight materials, including a new carbon-fibre polymer for the roof. Aluminium is used for the bonnet, doors and tailgate. As a result, the GR Yaris has a kerb weight of 1,280kg and a power-to-weight ratio of 6.7kg per kilowatt. That helps deliver 0-100 km/h acceleration in less than 5.5 seconds and an electronically limited top speed of 230 km/h. 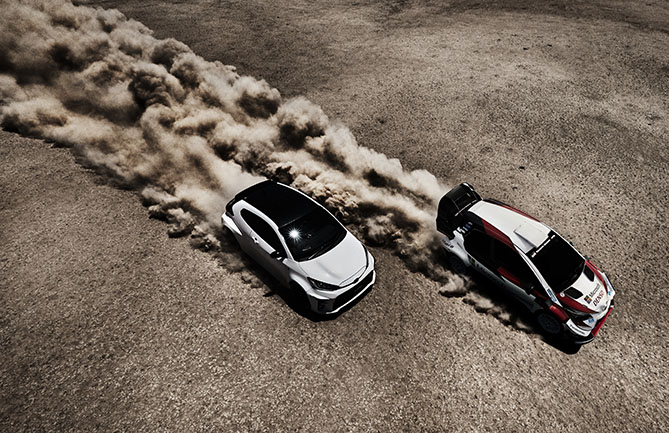 GR Yaris’ performance is supported by a new GR-FOUR AWD system. The distribution of torque between the front and rear axles is governed by a high-response coupling. The system uses slightly different gear ratios for the front and rear axles and Toyota says this flexibility gives a performance advantage over AWD on-demand systems that use twin-coupling or permanent AWD systems with a centre differential.

The driver can adjust the system’s performance to suit their preference or the driving situation using an AWD mode dial switch. In normal mode, the base front/rear torque distribution is 60:40; in Sport mode the balance shifts to the rear, with 30:70 distribution; and in Track mode the base setting is 50:50 for fast, competitive driving on circuits or special stages.

Toyota says that a lower roofline improves the car’s ability to cut through the air, while positioning the new 1.6 turbo engine further back towards the centre of the car and locating the battery in the boot helps produce a better chassis balance for improved handling, stability and responsiveness. 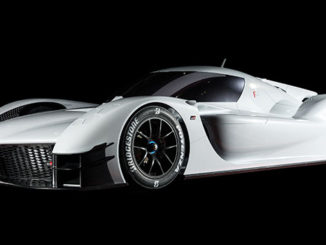 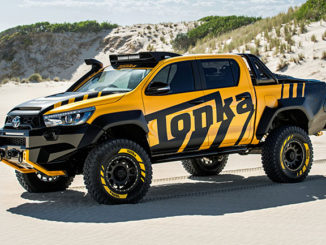 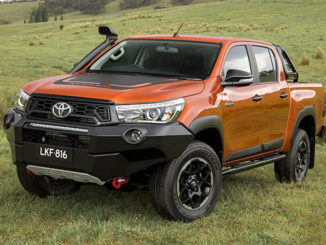