Things are getting interesting in the electric pick-up truck sector.

There’s the Bollinger B2, the Rivian R1T, Ford is building an electric version of its monster-selling F150 and, of course, Tesla caused a lot of jaws to drop when it unveiled its Cybertruck a few weeks back. 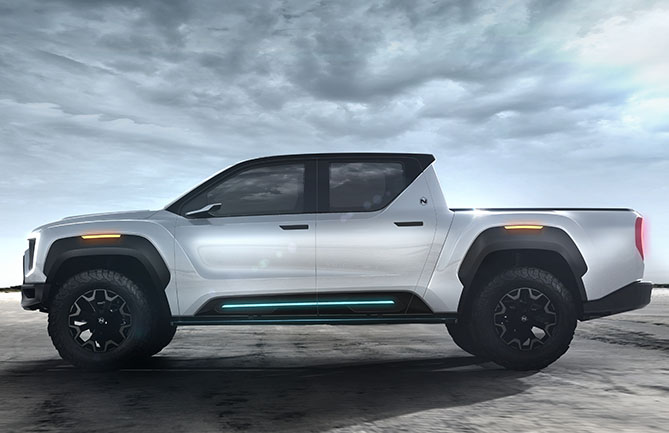 Now here’s another one to enter the fray – the Nikola Badger. And the Badger has, if the specs are to be believed, got a serious shot of causing serious grief for all the other members of the EV truck club.

Nikola, the developer of hydrogen-electric semi-trucks, has turned its eye and its FCEV (Fuel-Cell Electric) and BEV (Battery-Electric) technological know-how to the smaller truck game and the Badger is designed to target and exceed every electric or petrol pick-up in its class. 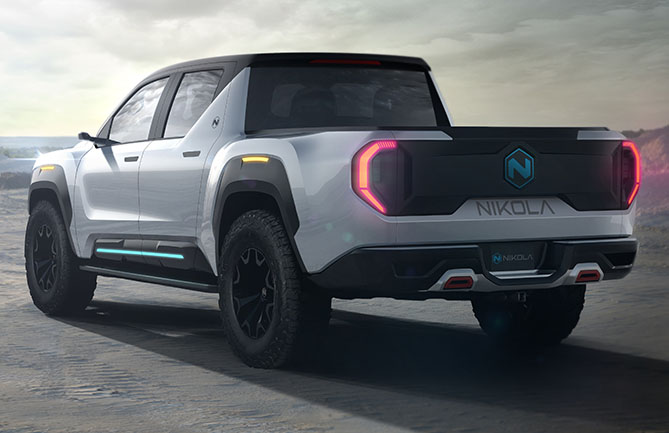 Power comes from a blend of 160kWh lithium-ion battery and a 120kW fuel cell, and it is engineered to deliver 980 ft. lbs. of torque (1300Nm), 906 peak HP (675kW) and 455 continuous HP (340kW). 0-100 km/h comes in about 3 seconds, but speed isn’t really the point here it seems – it’s all about the power and practicality. And the Badger will be outfitted with a 15-kilowatt power outlet for tools, lights and compressors, which is enough power, Nikola claims, to assist a construction site for approximately 12 hours without a generator.

Nikola says the Badger was designed to handle 0-100 mph (160km/h) launches with minimal loss of performance and other specs include a 600-mile (965km) range on a blended FCEV / BEV set up, and 480km on BEV alone. It can operate on blended FCEV / BEV or BEV only by the touch of a button.