Lotus has revealed the Exige Sport 380, a car it says will take the fight to six-figure supercars.

With a dry weight of just 1,066 kg with lightweight options, improved aerodynamics and boasting a power-to-weight ratio of 352hp per tonne, the new Lotus can reach 0-60mph in 3.5 seconds and a top speed of 178 mph (286km/h).

The Sport 380 has an uprated 3.5-litre supercharged V6 engine generating 375 hp at 6,700 rpm and 410 Nm (302 lbft) of torque at 5,000 rpm. Refined from extensive testing and development, it’s a design that has proved its mettle by powering some of Lotus latest creations, including the track-focused 3-Eleven and the rEvora Sport 410.

The power boost comes from a revised supercharger pulley which increases charge pressure, an uprated fuel pump, a recalibrated ECU and the introduction of a revised exhaust system as used in the Evora 400 and Evora Sport 410. Allowing owners to enjoy the new Exige for longer between fuel stops, it also comes with an enlarged, 48-litre petrol tank.

Providing faster, cleaner changes, the Exige Sport 380s six-speed manual gearbox uses Lotus’ open-gate design and features light-weight machined and cast aluminium parts. The manual gearbox has been further enhanced through the introduction of a new oil cooler, ensuring the gears operate at the optimal temperature no matter how hard they are performing. The Lotus Exige Sport 380 is also available with an optional six-speed automatic gearbox.

“We’ve saved something special for our last new car of 2016,” said Jean-Marc Gales, CEO of Group Lotus plc. “We have built upon the foundations of the excellent Exige Sport 350 and developed a perfectly proportioned, intuitive and attainable supercar for real roads. The cut in weight is nothing short of drastic and, combined with the hike in power and its enhanced agility, we’ve created something exceptional – far greater than the sum of its parts. The Exige Sport 380 is so good, that it is no longer the best in class, it’s now in a class of its own.” 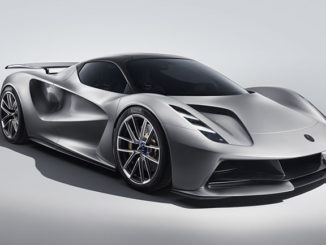