Hyundai has shipped the first 10 units of the Hyundai Xcient Fuel Cell, the world’s first mass-produced fuel cell heavy-duty truck, to Switzerland. The company plans to ship a total of 50 Xcient Fuel Cells to Switzerland this year, with handover to commercial fleet customers starting in September. The company says it plans to roll out a total of 1,600 of the trucks by 2025.

The Xcient is powered by a 190kW hydrogen fuel cell system with dual 95kW fuel cell stacks. Seven large hydrogen tanks offer a combined storage capacity of around 32.09 kg of hydrogen. The driving range for the Xcient Fuel Cell is about 400 km on a single refuelling. Hyundai says this was developed to find an optimal balance between the specific requirements from the potential commercial fleet customers and the charging infrastructure in Switzerland. Refuelling time for each truck takes approximately 8-20 minutes. 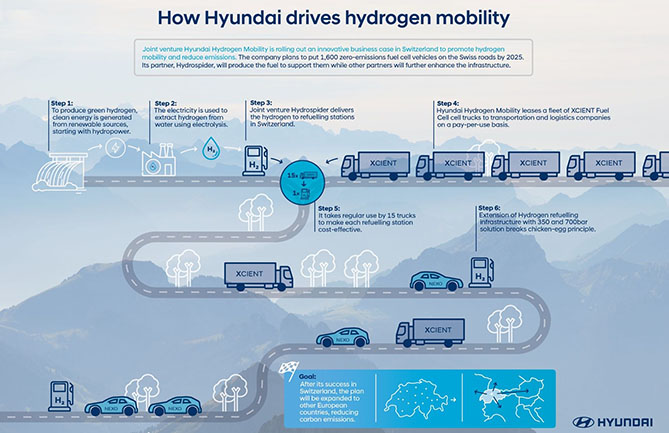 “Xcient Fuel Cell is a present-day reality, not a mere future drawing board project,” said In Cheol Lee, Executive Vice President and Head of Commercial Vehicle Division at Hyundai Motor. “By putting this ground-breaking vehicle on the road now, Hyundai marks a significant milestone in the history of commercial vehicles and the development of hydrogen society.

“Building a comprehensive hydrogen ecosystem, where critical transportation needs are met by vehicles like Xcient Fuel Cell, will lead to a paradigm shift that removes automobile emissions from the environmental equation.”

In addition to the Xcient Fuel Cell trucks, Hyundai is also the manufacturer of NEXO, its second-generation hydrogen-powered SUV, and the company says it is developing a long-distance tractor unit capable of traveling 1,000km on a single charge. 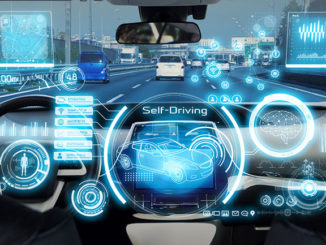 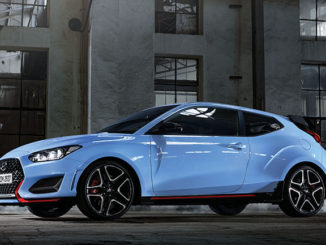 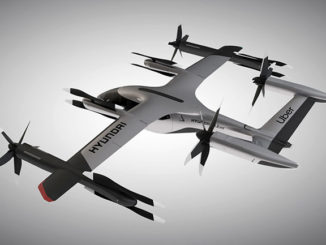